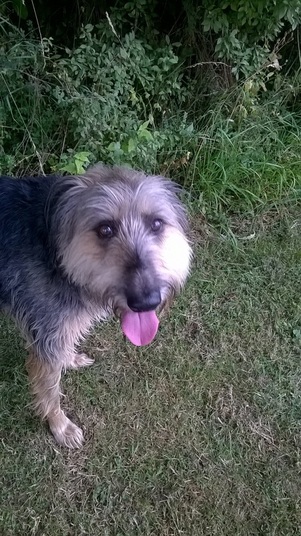 We all want clean and tidy towns and villages, and persistent dog-fouling by a small minority of dog owners has been the first complaint of residents with regard to litter.
This year Newtown and Eildon Community Council decided to take action!


The DFN presentation to the Keep Scotland Beautiful, It's Your Neighbourhood Seminar at the end of October went well, with interest shown from all over Scotland, from Argyll to Fife, Inverness to Dumfries. With over 100 people there we made lots of great contacts and got loads of inspiration.


DFN Juniors grant application to Youth Scotland is now in, so we are crossing our fingers and should know by the end of the year whether we have been successful. Meanwhile we are developing our programme with the young people and planning to launch at the beginning of March 2017.


Our Facebook page has been very quiet of late so we are delighted that Jenny has volunteered to run it for us. Jenny also cleans up poo on her runs around the village, using a Dicky Bag - 'the portable poo bin' - supplied by DFN. Thanks Jenny, you are a total star!


Previous updates
October has been another busy month. DFN Action Group decided to meet monthly and are now increasing the number of patrols to weekly. Offending is sadly on the increase, in line with national seasonal trends, but according to reports, 4 fines of £80 have been issued in the village. The new bin is well used, and emptied fortnightly in time for the general waste collection. The press release good news story has had to be postponed to a future date, hopefully November.

We had a small display at the Wing opening, and will be giving a presentation and running a stall at Keep Scotland Beautiful's annual seminar in Stirling on the 25th. We have also been invited to apply for funding for the Junior Section/ Kids' Club and the Fun Day in April. We now have 86 households and 100 dogs registered.

After extensive research, meetings and discussion we decided to join the national Green Dog Walkers (GDW) scheme and simultaneously set up "Dog Friendly Newtown" (DFN) as a community initiative with the wider objectives of increasing responsibility for, and understanding and enjoyment of, our canine companions.

Scottish Borders Council (SBC) was likewise looking at both enforcement and responsible ownership strategies to tackle dog fouling across the region, so we were delighted when they obtained a GDW licence and we became their pilot project. This is a record of our activities and achievements in the four months since our launch in April 2016.

APRIL
LAUNCH - This took the form of a 3hr drop in event in the Community Wing, timed to
follow on from Newtown Clean Up Day. Our partners included SBC, Keep Scotland
Beautiful, Police Scotland and Brawpuppy School. Greenside Vets donated 3,000 poo
bags and 200 clip-on dispensers along with other goodies. Dog Friendly Newtown
explained and advised on all matters dog, including location of bins in the village, and aids for lifting and transporting mess.

We got feedback on the event as well as people's ideas and wishes for going forward. The local press gave us an excellent write up.

OVER 90 VILLAGERS ATTENDED WITH OVER 60 DOGS. 43 SIGNED THE GDW
PLEDGE REPRESENTING AN ESTIMATED 25 - 30% OF DOGS IN VILLAGE

MAY - we did a presentation to Eildon Area Forum of SBC, ran a stall at Newtown in
Bloom's coffee morning and two Tuesday morning drop-ins at the Community Wing.


JULY - we attended 'A Dog's Day Out' at Traquair - GDW pledge forms distributed. Further recruitment of pledgers and 'poo patrollers'.

MONTHLY - meetings with Jacqueline Whitelaw, SBC's officer in charge of the GDW
scheme, for handover of new pledges, discussion of new developments in enforcement,
and the bigger picture in the Borders. We also communicate regularly with our councillors, the Neighbourhood Services Manager and the Dog Control Officer, all of whom have been most supportive. We had our picture taken for the summer issue of SBConnect.

"POO PATROL"
A small team of volunteers check the village streets and spray a circle - 'the ring of shame'
- in chalk paint around any dog poo found. This increases its visibility to both passers-by
and to offending dog owners. The poo is then picked up and disposed of, and the
frequency logged for each street.

In total the figures on the first of each month are:

WE HAVE REDUCED THE AMOUNT OF DOG MESS IN THE VILLAGE BY OVER 60%
FOUR MONTHS IN A ROW!!!!!

WE HAVE 80 DOGS WHOSE OWNERS HAVE SIGNED THE GREEN DOG WALKER
PLEDGE TO PICK UP AFTER THEM, and always carry spare bags to offer to others.

WE HAVE RECEIVED OVER £150 TO DATE IN DONATIONS FROM RESIDENTS AND
BUSINESSES IN THE VILLAGE AS WELL AS GIFTS IN KIND.
WE RECEIVE UNSOLICITED POSITIVE FEEDBACK - AND COMMENTS ON WHAT
NEEDS FIXING - by word of mouth, at our email address, in our comments box in the
Community Wing, and on our DFN Facebook page.

Starting in October we will focus on the walks and paths around Newtown and Eildon as well as the village streets. We hope to increase the number of pledgers ultimately to 90% of the dog owning/walking population of the village, to identify the persistent offenders and by education, persuasion and enforcement to achieve